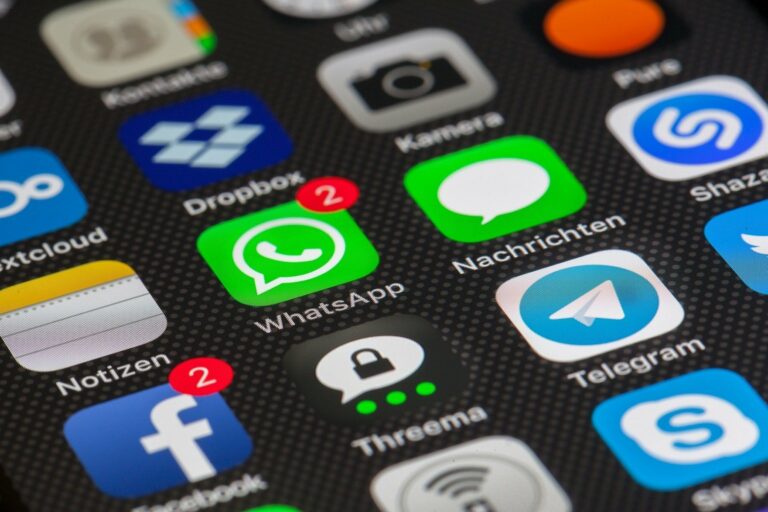 Remote Work Tools and Technology We Love Using in 2019

Technology makes remote working possible, and great technology can shape remote work into a dream lifestyle. The right tools will help a remote team function as a well-oiled machine, while the wrong ones can lead to many headaches.

So what are the top remote work tools and technologies that real location independent workers prefer using?

We have a large group of 250+ remote workers in the Iglu community, which I polled to ask this very question. And here’s a list of remote working tools that were found to be the most popular.

Everybody who is anybody has a Google account already, so Drive is the easiest way to share documents with a distributed team. Collaboration on text documents, presentations, spreadsheets, and photo albums are all a piece of cake.

Dropbox is another cloud storage and file sharing solution to consider, although it didn’t see many favorable responses in our survey. 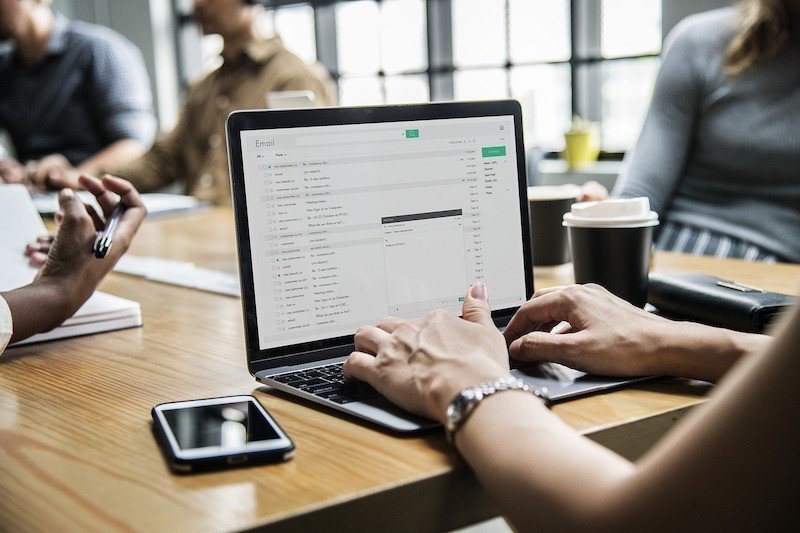 It shouldn’t really come a surprise that good old email came in tied for first in our survey. Sometimes a simple solution is the best, and you don’t need to go reinventing the wheel.

Email lends itself well to long form communication, such as when you need to describe a specific problem or solution in detailed steps. It’s often the best communication tool to use when you want to form a completed and coherent argument and double check your spelling and grammar before hitting “send”.

It’s the opposite of instant messaging platforms where your content is often spoiled by autocorrect typos and you get hit with a reply and followup question before you even completed stating your original train of thought.

Email can work really well for teams spread across many time zones too, because you generally are not expected to reply immediately to an email message. Depending on the situation, 12-48 hours could be a perfectly acceptable response time. 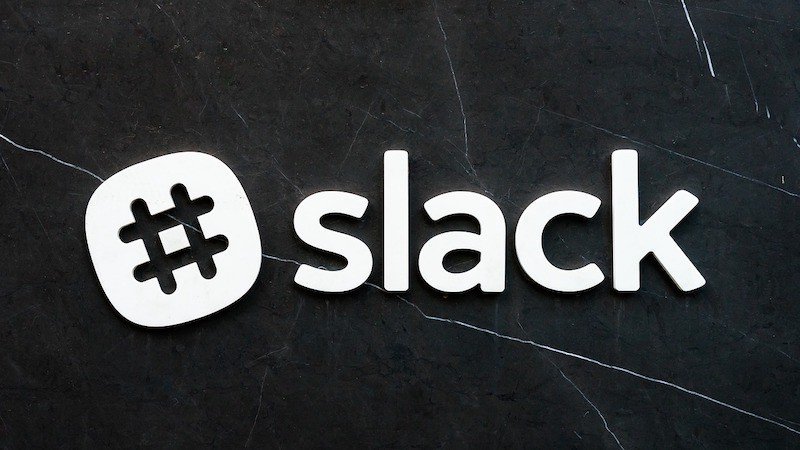 Slack was a close second among the tools for working remotely that we love.

If you’ve been living under a rock for the past 5 years, Slack is a messaging tool designed for team communication. Group chats are organized into channels that individual users can be invited to join. You can also set up direct messages as mini group chats with up to 8 other people.

All messages are searchable, and Slack integrates with other services such as Google Drive and Dropbox, making it easy to share any documents with other team members.

One aim of Slack is to keep work fun, with lots of playful emojis used throughout the platform. The clean, intuitive UI also makes it a pleasure to use. 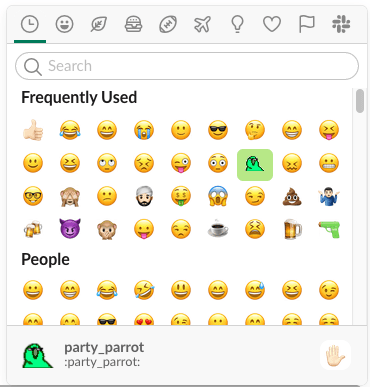 Although Slack has quickly become industry-leading tool for team communication, it does have its share of detractors. Slack can make working more enjoyable, but it can become a distraction that decreases productivity. From experience, I can say that I do my best programming when I completely ignore Slack for a stretch of several hours.

Whether you find yourself as a Slack lover or critic seems to depend on the size of your organization, the number of hats you wear, and how you implement Slack on your devices.

If you’ve got a relatively small team or you only participate in a handful of channels, then Slack can be quite manageable. I feel it also helps to disable desktop notifications and not install the mobile app. This gives you the power to check Slack for new messages on your own schedule, rather than having it interrupt your current task.

On the other hand, Slack can become a headache for those who have many responsibilities, work with a large team or teams, and generally try to use it as a medium for engaging in many simultaneous conversations.

One specific criticism is that Slack is asynchronish—neither truly asynchronous nor real-time. These users feel that the platform has turned their entire workday into one long meeting with no agenda and no clear idea of who is even participating. 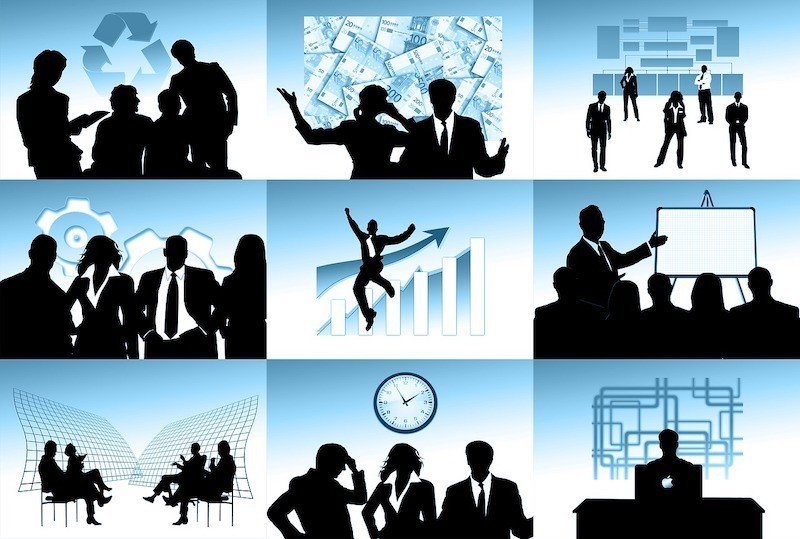 For remote teams spread across multiple time zones, the synchronous side of Slack’s chat channels may also not be ideal. If the chat is a very active one, you may wake up to find you need to scroll back through hundreds of messages to follow the conversation your colleagues in Europe had while you were sleeping.

Despite the negatives, Slack is still the clear favorite team communication tool, making it fun and easy to carry on a conversation with team members who may be hundreds or even thousands of kilometers away.

Mattermost and Twist are two alternatives to Slack that you may want to explore. Mattermost is open-source and can be self-hosted.

Twist was specifically designed for use by remote teams with “asynchronous by default” as one of its design criteria. In the video below, Amir Salihefendic, CEO of Doist, the makers of Twist, gives a talk at the Running Remote Conference in Bali explaining the idea behind Twist and what makes it a good alternative to Slack.

GitHub came in next as the leading version control platform. GitHub is the largest host of software code in the world, with over 57 million repositories.

The Git distributed version control system is widely used by software developers for tracking changes to source code during development. It’s the preferred method to allow individual team members to work on different sections of a project while keeping everyone in sync with the changes each member has made.

Best practice is when developers regularly commit their code changes and push them up from a local repository on their computer to a remote repository hosted at GitHub or another service.

This prevents you from losing the code if your hardware should get lost or damaged. And in situations where your code updates introduce new bugs that can’t seem to be fixed, you can always revert back to a previous version of the code that was working as planned.

Before anyone on your development team writes a single line of code the first step should always be to set up the git repository.

GitLab and Bitbucket are two alternatives to GitHub that each have their own fans.

Trello is the most popular project management tool on our list. Trello software is neatly arranged with “boards” for each project and “cards” for specific features, bugs, or tasks.

You can add one or more checklists to each of the cards as a way to track progress, and the cards themselves can be organized into groups and moved around as needed. This is great, for example, if you want to move cards representing specific tasks between groups for “to do”, “in progress”, “under review”, “done”, etc.

Team members that have been invited to a particular card can discuss the issue right there and include any media attachments that may be needed. When used as intended, each discussion should stay on topic, making every comment or suggestion relevant only to its specific card.

Those looking for an alternative to Trello with more features should check out Asana.

Skype slightly edged out the competition to be the most popular video conference software on our list. It’s free, it’s been around forever, and it generally works quite well.

One small criticism of Skype is that you must go through the extra step of adding people to your contacts list like you would for a social network. The result after years of use is you end up with a contact list full of people that you had one call with.

There are many players in the video conferencing market. Three other applications for video calls and screen sharing that people enjoy using are Zoom, Google Meet (which is replacing Hangouts), and Appear.in.

Zoom and Appear.in make it really simple to join a video conference. You simply use the link created by the one who set up the meeting. Google Meet integrates with Gmail and Google Calendar, which is convenient for forgetful people as you’ll get a reminder that you’ve got a call scheduled. 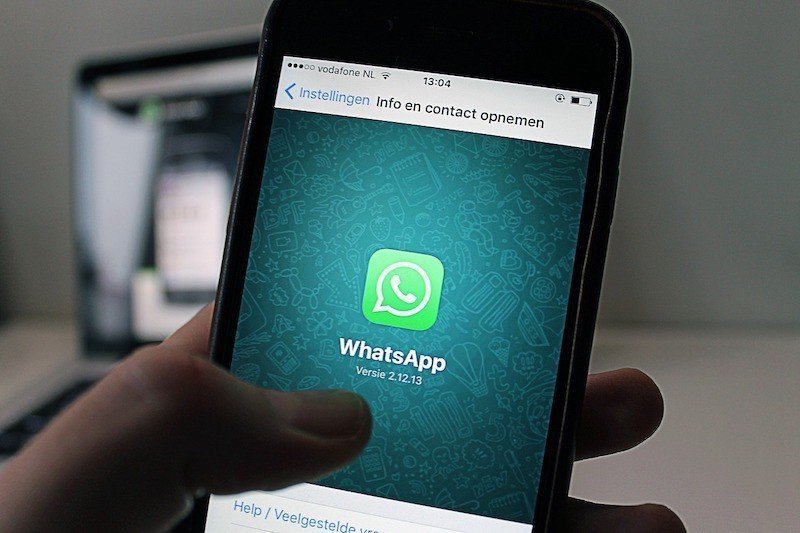 WhatsApp and a number of other messaging apps were mentioned by Iglu’s remote workers. These messaging apps make it easy to set up group chats, which can be useful for having a running conversation among members of a small team.

From my experience, messaging apps that you access with your smartphone can be a good way to stay in touch with members of your team for general discussion of the project, but it’s not a good medium of communication for detailed discussion of technical problems. Typing out anything more than the most basic lines of code on a phone keypad doesn’t work so well.

IRC, which stands for Internet Relay Chat, is one of the more esoteric communication technologies in use. It was created way back in 1988 by Jarkko Oikarinen of Finland.

IRC is a protocol for Internet chat that runs on a number of networks. Within each network, you will find a number of channels that a user can join.

To access an IRC network, you need to have a client software running on your computer. You supply a nickname through the client, and so communication is often anonymous.

With the advent of social media networks such as Facebook and Twitter, IRC has seen a massive decline in users. The IRC users that have stuck around, however, tend to be programmers. You won’t find many channels dedicated to topics for normies.

There were a few other technologies that didn’t get a ton of mentions, but nevertheless serve a role for remote work teams. 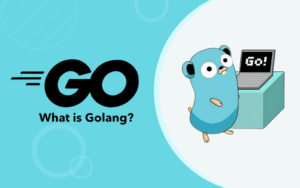 What is Golang? Intro and Use-Cases of Go Programming Language 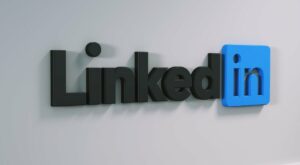 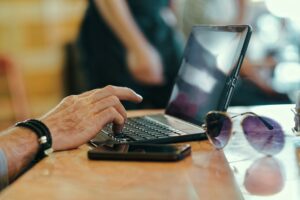 Work From Anywhere With These 12 Digital Nomad Jobs

What is Golang? Intro and Use-Cases of Go Programming Language