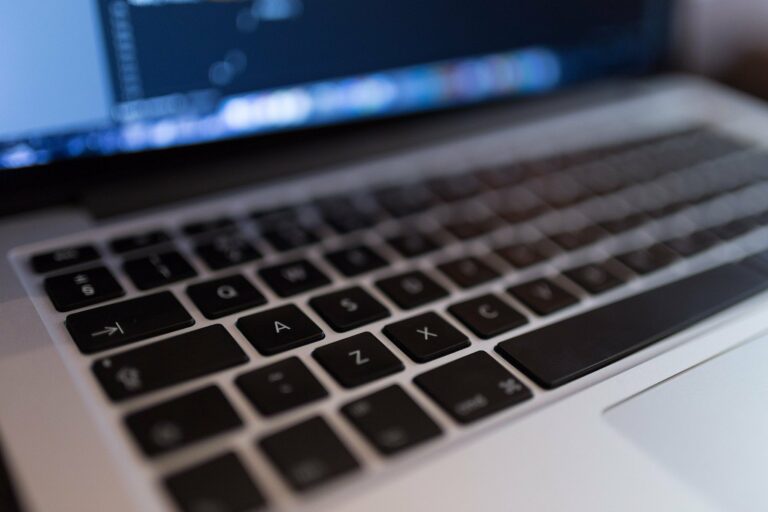 7 Programming Languages That Will Shape the Future

Our future will be shaped by many emerging technologies, and these new technologies all run on various programming languages.

Learn the right programming language today, and it will open up doors of opportunity—putting you right in the middle of exciting fields such as Mobile Development, Blockchain, and Artificial Intelligence.

Which are the best to learn?

Here are 7 programming languages—some rather new and some quite old—that promise to have leading roles in key technologies of the future. 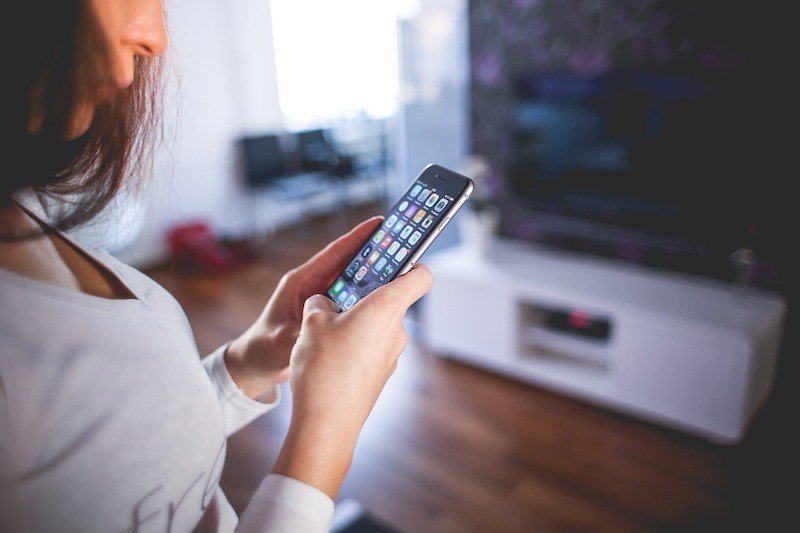 Swift is a relatively young programming language. It first appeared in 2014, after being developed by Apple as a replacement for Objective-C. It quickly gained in popularity, particularly with iOS developers, as it made their code much more concise, quicker to write, and less prone to common errors than Objective-C.

Swift has since been made open-source and has expanded to usage outside of Apple’s ecosystem. In particular, there is much potential for Swift as a server-side language thanks to Linux support.

With most people becoming glued to their mobile devices at all hours of the day, the need for iOS developers isn’t going away anytime soon. 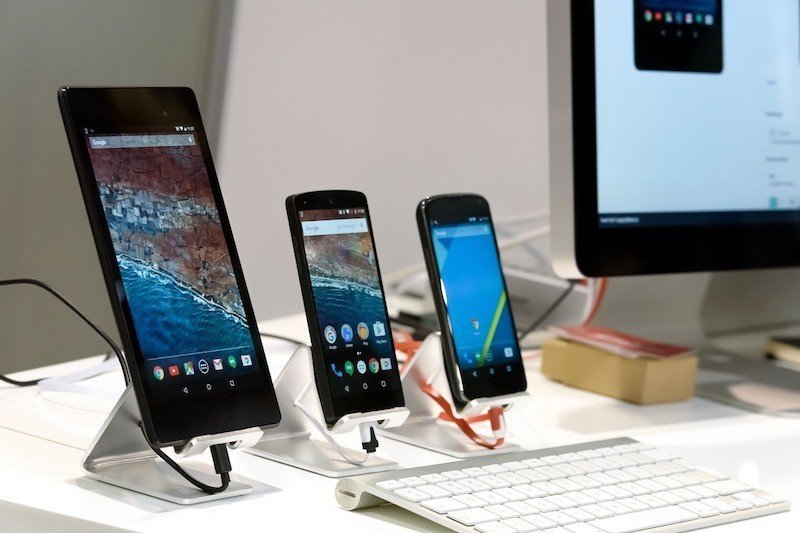 On the Android side of the mobile aisle, Kotlin appears to be the native language of the future. Since October 2017, Kotlin has been fully supported by Google for developing Android applications as an alternate to Java.

Some major companies such as Pinterest, Basecamp, and Expedia have already switched over to Kotlin for their Android apps.

If you already know Swift, Kotlin code will look oddly familiar. They have very similar syntax that should allow Swift developers to pick up Kotlin easily—making it much much less daunting for one individual to write native code for both Android and iOS than when Java and Objective-C were the only options.

Kotlin’s interoperability with Java also gives it an inside track to gradually replace Java in enterprise applications. 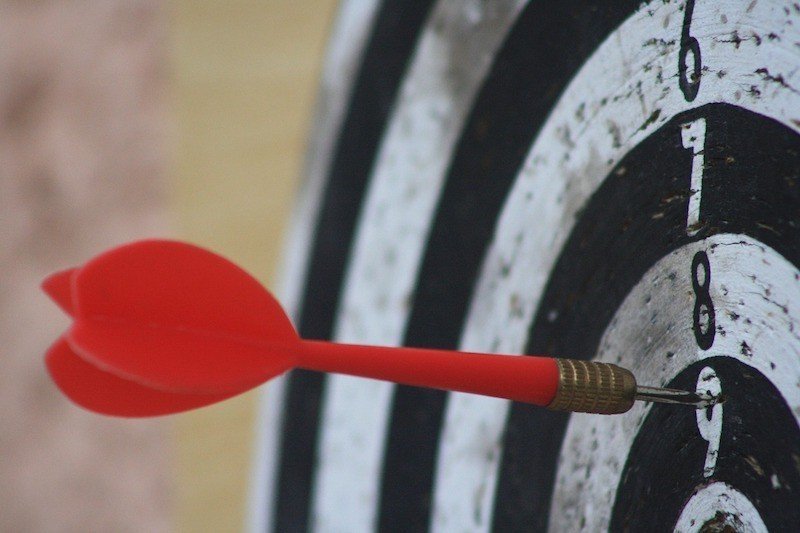 Wouldn’t it be great if you could develop mobile apps for iOS and Android using a single language and codebase?

A number of hybrid solutions have been developed to do this, but most of them come with significant drawbacks in performance and user experience due to relying on wrapping the app in a webview.

React Native has been the most successful up to this point. Unlike the others, it allows use of native UI components, with the code written in JavaScript and running over a bridge.

But now React Native is set for some serious competition from Flutter.

Advantages of Flutter and Dart

Flutter is a relatively new framework for building cross-platform applications developed by Google. Flutter apps are written in the Dart language, which also happens to be a Google creation.

The big difference with Flutter is that applications are compiled to native code ahead of time to run exceptionally fast on any iOS or Android device.

In addition to this, the code is also compiled “Just In Time” in the development environment, allowing developers to “hot reload” state changes while running the app on a simulator. So it’s quick to develop and run—the best of both worlds.

Another bonus of working with Flutter is that the standard libraries give you access to every native-like UI “widget” and feature that you’ll need to build professional apps. Much of the platform specific UI differences are also baked in without you needing to write any extra code.

This all sounds great, but the only small hiccup for a developer is that you need to learn Dart to build apps with Flutter. The good news is that it’s super easy to learn. If you’ve worked with any other Object-Orientated languages such as Swift, Java, Kotlin, C++ or C# you should be able to get the hang of Dart quite quickly.

C++ has been around since the mid-1980’s, but it’s just as important today due to the role it plays in many emerging technologies. Foremost among these is blockchain. The Bitcoin core code is written in C++ and so are other major blockchains such as Ripple, Litecoin, Monero, EOS, and Stellar.

Tight control over memory management, speedy performance, and maturity are all pros for choosing C++ to write blockchains—distributed ledgers requiring many nodes on a network to quickly reach consensus on blocks of data. Solidity is another programming language to consider learning if you would like to break into blockchain development. The main use cases for Solidity are decentralized applications and smart contracts running on the Ethereum platform.

The rise of the ICO (Initial Coin Offering) as a funding tool for startups led to a big demand for skilled Solidity developers in 2017-2018.

While the ICO craze has cooled off, and the market is shifting to the IEO (Initial Exchange Offering) model, Ethereum hasn’t gone anywhere. It’s still the number two ranked cryptocurrency by market capitalization and it supports a huge ecosystem of other projects based on tokens that utilize its network.

The future success of potential rivals to Ethereum such as NEO, EOS, and Cardano could reduce Solidity’s importance down the road. But for the time being, ERC-20 tokens running on Ethereum’s blockchain remain a dominant feature of the cryptocurrency landscape. Python has been around for awhile and is often the first language taught in Computer Science courses because it’s so easy to learn. Python can be used to write functional, object orientated, or procedural styles of programming. It has a large number of existing libraries and a very readable syntax that makes it quick to develop and ideal for working in larger developer teams.

Despite its simplicity, Python is a very powerful language that lies at the heart of many revolutionary technologies. Machine Learning, Artificial Intelligence (AI), the Internet of Things (IoT), and Data Science are all fields where Python plays a prominent role and should continue to be useful well into the future. 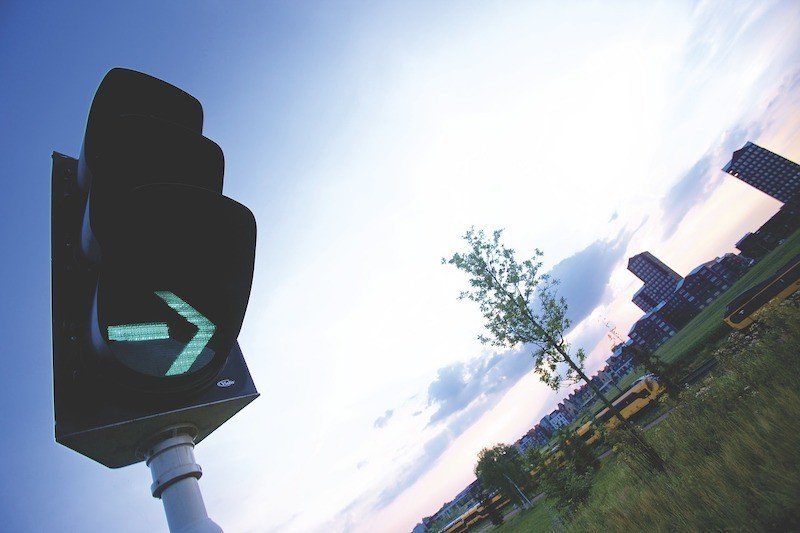 Go (or Golang) is yet another child of Google. It was developed in 2007 with the aim of combining the efficiency of C++ with the readability and conciseness of Python and JavaScript.

Go also has excellent built-in support for concurrent programming, which makes it ideal for highly complex applications. The multi-threading features of Go make it one of the most useful languages for handling many parallel web requests and large networks. These features make Golang a good choice for both blockchains and AI.

Go is also a good general-purpose programming language that is considered easy to learn due to its syntax and safe due to its use of static typing.

Unlike many other Object-Orientated languages, Go doesn’t make use of class inheritance. Instead, it uses runtime-polymorphism through interfaces, which work similarly to protocols in other languages. This allows the programmer to build larger types from many smaller types instead of following a strictly parent-child model. Those in favor of this design philosophy enjoy composing types in this modular manner.

Do you need another incentive to learn the Go programming language? How about money? A recent survey of tech professionals found that Golang programmers had the highest average salary at USD $132,000 per year. The Best Programming Languages to Learn in 2021 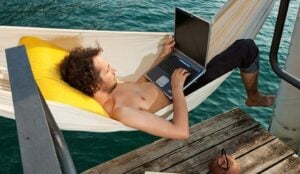 13 Tips for Working on the Road as a Digital Nomad 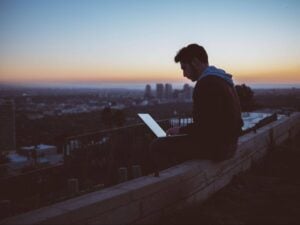 Working Remotely From Another Country: How to Do It & What to Know