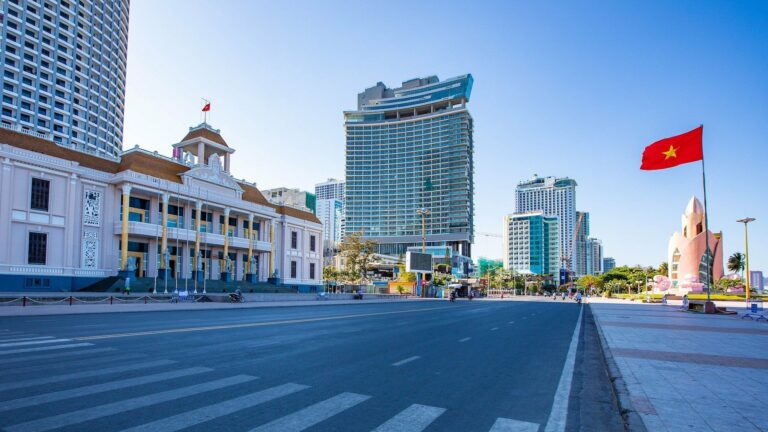 Is Vietnam a Safe Country to Live in?

When thinking about moving to Vietnam, many people have the same question: “Is Vietnam a safe country to live in?” For better or worse, the perception of Vietnam for many in the West is based on wartime films such as Apocalypse Now or Good Morning, Vietnam that don’t give any hint of the modernization that has taken place in the past 50 years.

If your ideas of Vietnam are clouded by images of peasant refugees and firefights in the jungle then you may be surprised to learn that Vietnam is actually a very safe country to live in. In many respects, you may even be much safer in Vietnam than in your home country.

Violent crime is not a serious problem in Vietnam, although theft and scams are not unknown. In general, you should not feel afraid to walk around any Vietnamese city at night. At worst, you may receive unwanted attention or propositions from strangers, particularly in tourist areas.

Illegal drugs and prostitution are problems in some parts of Vietnam, and you’d be wise to avoid anyone involved in these activities.

Furthermore, intentional homicide of a foreigner by a Vietnamese local is almost unheard of. The small number of foreigners that do die in Vietnam are mostly due to accidents and suicide.

Purse snatching by motorcycle mounted thieves is one of the more common crimes in urban areas to be aware of. To avoid becoming an easy target you should not walk along the street with a purse or handbag hanging off the shoulder that faces traffic.

Foreigners are more likely to fall victim to scams while in Vietnam than to become the target of any violent crimes. A few of the most common scams include:

Currency scams are some that newcomers to Vietnam can fall for particularly easily. It takes some time to get used to Vietnam’s currency because of all the zeros. One US Dollar is roughly equal to 23,000 Vietnamese Dong, so you’re often dealing with banknotes of up to 100,000 and 500,000 VND. 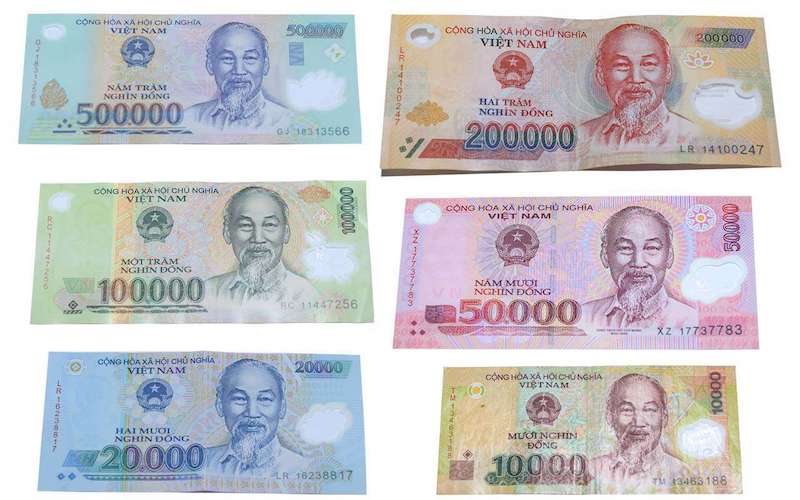 If you’re not paying attention, it’s easy to get the similarly colored VND 20,000 and VND 500,000 notes mixed up. Some unscrupulous taxi drivers and merchants may take advantage of this to pull a switcheroo and claim you handed them a VND 20,000 note when it was actually a half-million. 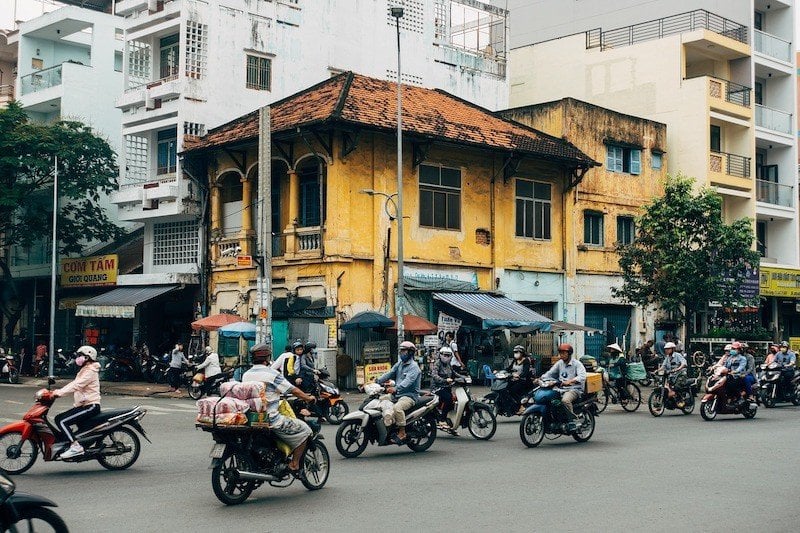 Traffic safety is one area that you do need to be concerned about in Vietnam. Due to economic policies that discouraged private car ownership, Vietnamese traffic can best be described as a sea of motorcycles and scooters, while the traffic flow itself often falls in the category of “organized chaos.”

On the bright side, helmet use by motorcycle riders is near universal due to the strict penalties for going without.

If you plan to drive, start by making sure you have the correct driving license for Vietnam. Start out getting used to the traffic habits of Vietnamese drivers on not-so-busy roads until you feel confident enough to tackle the major ones. If you have no experience at all driving a motorcycle, Vietnam is probably not the best place to learn.

Vietnamese drivers use their horns a lot. Often a horn honk to warn other drivers is used as a replacement for slowing down when coming to an intersection. To succeed as a driver (or even as a pedestrian) here, you’ll need to get used to hearing the constant horn blasts and reacting accordingly.

Many motorcycle drivers in Vietnam remove one of their rearview mirrors to squeeze through traffic easier, so it’s important to realize that these riders have a giant blind spot when overtaking.

As dangerous as Vietnam’s roads are, they are still notably safer than Thailand’s. Vietnam has 24.5 traffic deaths per 100,000 inhabitants compared to Thailand’s 32.7, which is the fifth worst in the world according to the World Health Organization (source: Wikipedia). For comparison, most European countries have a traffic fatality rate in the single digits.

Corruption in Vietnam is a real issue. As a foreigner, you’re most likely to meet with corruption through your encounters with traffic police. Your experience will vary greatly from city to city, however, in some parts of Vietnam you may get a shakedown for a bribe from the traffic cops even if you are carrying the correct license and haven’t committed any driving offense. In this regard, Da Nang is “cleaner” and traffic cops are generally more polite.

The COVID-19 crisis of 2020 was handled exceptionally well by the Vietnam government with cooperation by the Vietnamese public. Despite sharing a land border with China—the source of the international pandemic, and hosting a large number of Chinese tourists at the time of the initial outbreak, Vietnam recorded just 334 total confirmed cases and zero deaths from the virus though the middle of June 2020.

Previous experience with the SARS outbreak of 2003 is one of the main reasons the country was so well-prepared to handle another respiratory virus outbreak. 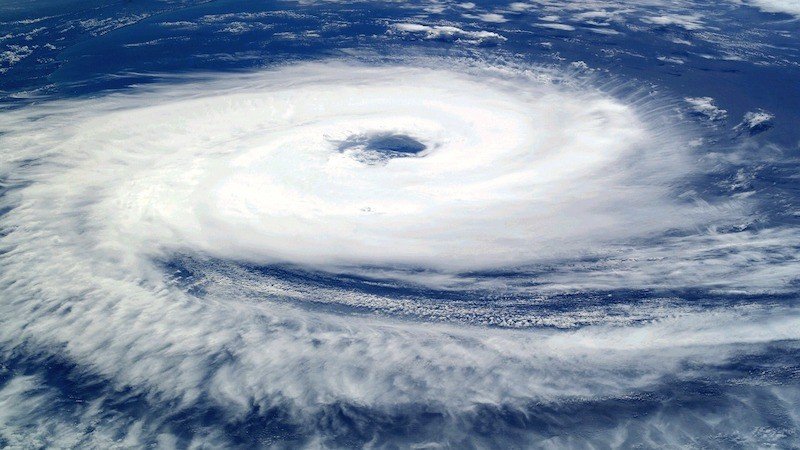 As far as natural disasters go, Vietnam doesn’t occupy an area of much seismic activity. Earthquakes are rare as the Asian continental shelf extends far out to sea, giving Vietnam a wide buffer from major tectonic fault lines.

Typhoons, on the other hand, are more common in Vietnam. Since the country’s coastline stretches for a large distance from north to south, it can lie in the path of Pacific typhoons and tropical storms that fail to take a northward turn. In a typical year, Vietnam might see 5-10 tropical storms, with 1-2 classified as typhoons (equivalent in power to an Atlantic hurricane).

Vietnam has much experience responding to typhoons, but it is also smart to be personally prepared for an emergency. Have a supply of drinking water and non-perishable food, flashlights, batteries, and a first-aid kit handy. Pay attention to weather forecasts, particularly from June to November, and have an evacuation plan in place should your city just happen to sitting in a typhoon’s direct path.

Health and Healthcare in Vietnam 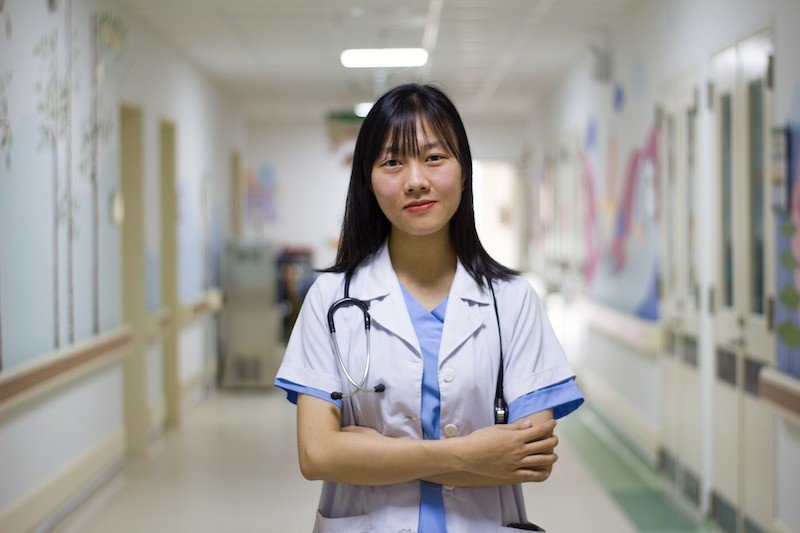 Healthcare coverage has increased greatly in Vietnam within recent years and now extends to 90% of the population. High-quality medical services are plentiful in Vietnamese cities, particularly at private hospitals, which generally accept international health insurance and have English and/or French-speaking staff. If you’re visiting a rural area, your options will be much more limited.

Common over-the-counter medications are cheap and easy to purchase at any local pharmacy. However, some particular medications from your home country may not be available for purchase in Vietnam.

Dengue fever and malaria—two diseases spread through mosquito bites—are found in some rural areas of Vietnam. The risk is greater during the rainy season, and as such you should take precautions to avoid mosquito bites, particularly during the wet months. 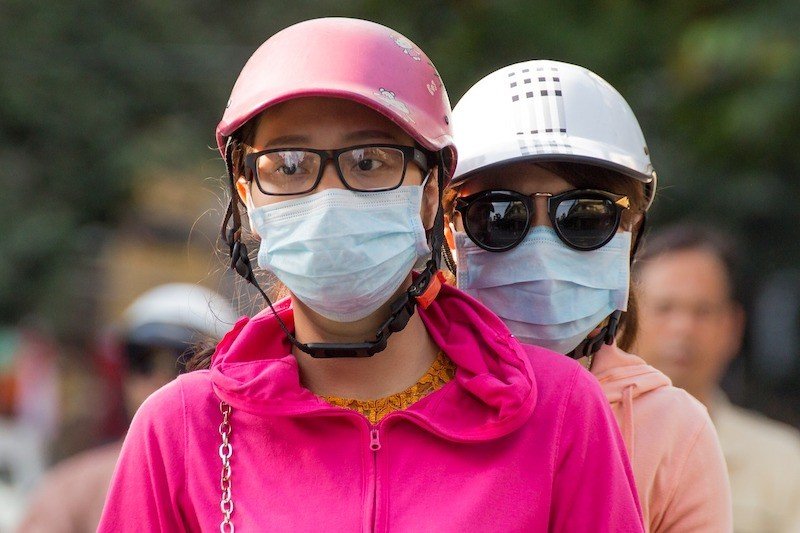 Air pollution can be problematic in Vietnam’s cities, but varies greatly from place to place. The urban center of Hanoi in the north is affected by smog year-round, while central areas on the coast (including Da Nang and Hue) have much less pollution due to prevailing winds from the sea.

If you are moving to Hanoi or Ho Chi Minh City you should consider purchasing an air purifier for your home. For around 4-6 million VND ($170-260 USD) you can purchase a compact model suitable for a small house or apartment. The indoor air quality will be greatly improved and can prevent a wide range of ailments such as asthma, sore throats, and itchy eyes that are associated with smog. When outdoors in smoggy conditions, it can be helpful to wear a N95 pollution mask.

Overall, Vietnam is a very safe country to live in. Violent crime is rare, and you can avoid most tourist scams by simply being aware of what to look out for. The biggest danger by far is the chaotic traffic on Vietnam’s roads, so take extra care when driving and always look both ways before crossing the street.

Are you a remote professional who wants to Work in Vietnam?

At Iglu Vietnam we hire digital professionals to work remotely for clients worldwide.

Whether you are looking for new opportunities or have existing clients & projects, we can help.

Learn how you can join one of the world’s most amazing remote communities.
Join Us
join us 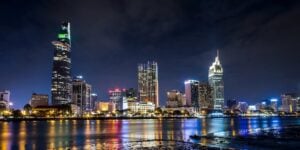 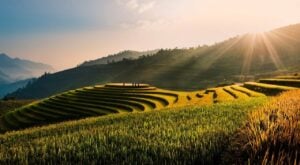 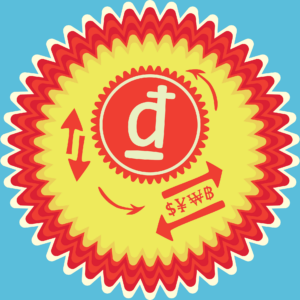 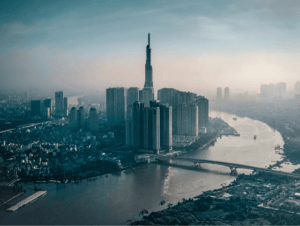