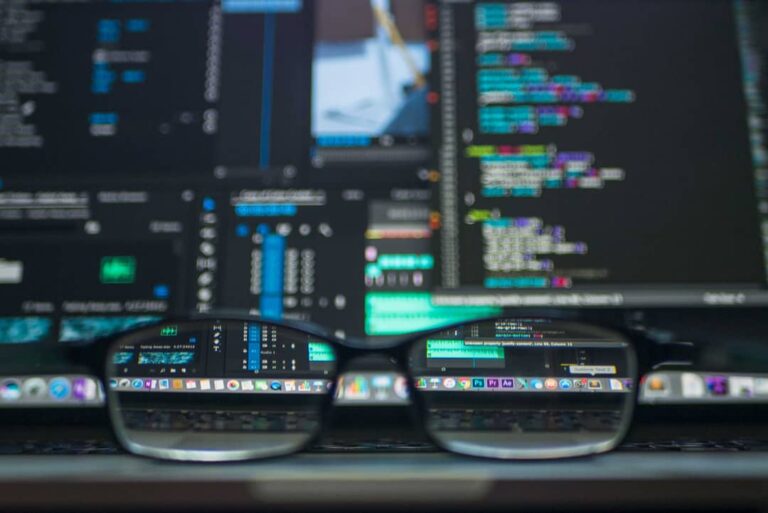 Python vs Go: A Head-to-Head Comparison

Python and Go are two very different programming languages; they are used in different fields and by a handful of professions, but they do have their overlaps – and this is where the debate on which language is best at a particular task at hand, inevitably arises.

There is of course some overlap between Python and Go – and this is where the debate of whether to use Python vs Go arises within development teams and large organizations alike, and the debate that this article will discuss to determine which programming language is best for you: Python or Golang.

Go has experienced a rapid ascent in popularity since Google first released the programming language to the open source community 12 years ago.

But Go was designed with particular use cases in mind – scalable and reliable cloud infrastructure centred around the best concurrency design of any programming language.

So where Go is quite niche in its demographics, Python is considered much more general-purpose, catering to a much wider range of applications.

To learn more about Go specifically, refer to Iglu’s accompanying piece, Google’s Go Language, and Why You Should Learn It.

Because of this bias – along with Python having been around for a lot longer than Go (~3 decades vs ~1 decade), Python yields superior numbers in developer surveys.

But Go is fantastic at what it does, and as such has fast become the go-to programming language for cloud based infrastructure projects.

Go is in the top 5 programming languages developers are learning, planning to learn, as well as being in the top 5 for fastest-growing.

Go is a more domain-specific programming language that offers some great features – and these features will be the deciding factors for many teams when deciding on Python or Go as their language of choice. Where compiled languages (with Go being one of those) heavily rely on syntax checking and test builds within an IDE to determine a program’s stability, interpreted languages can be executed at any time (without a build process) and can handle errors at runtime without crashing via exception handling.

Python is well known for its simple exception handling functionality (try except clauses) that can be elegantly expanded to handle a multitude of error types, and discovering exactly where the issue lies in your logic.

However, interpreted languages come with the inescapable expense of speed when compared to compiled languages, and Python is no exception here.

For Python vs Go speed specifically, BenchmarksGame clearly demonstrates that Go is exceptionally speedier than Python in most tasks.

Python is accepted as one of the slower programming languages (interesting speed test here on GitHub), but many libraries overcome Python’s speed limitation by having their implementations written and built with C or C++, and wrapping Python APIs over this highly optimised binary.

Nevertheless, Python has experienced huge success in a range of domains, challenging competitors including Java, PHP and JavaScript (via Node.js) in the interpreted language realm, and C++, C# and Rust in the compiled language realm.

As we will shortly discuss, Go somewhat assertively places itself as a Python competitor as an efficient compiled language that can efficiently scale – something that Python falls short of doing.

In real-world usage though, Python web frameworks like Flask and Django are ranked highly, as are core libraries for data science such as the famous NumPy [core scientific computing library], Pandas [data analysis and processing], Matplotlib [data visualisation] combo that Python offers, and allowing more specialised libraries for fields such as deep learning (TensorFlow / PyTorch), reinforcement learning (Gym) and others.

To read more about where exactly Python is used, read Iglu’s complementary piece: What is Python Used For: 10 Industries Covered. 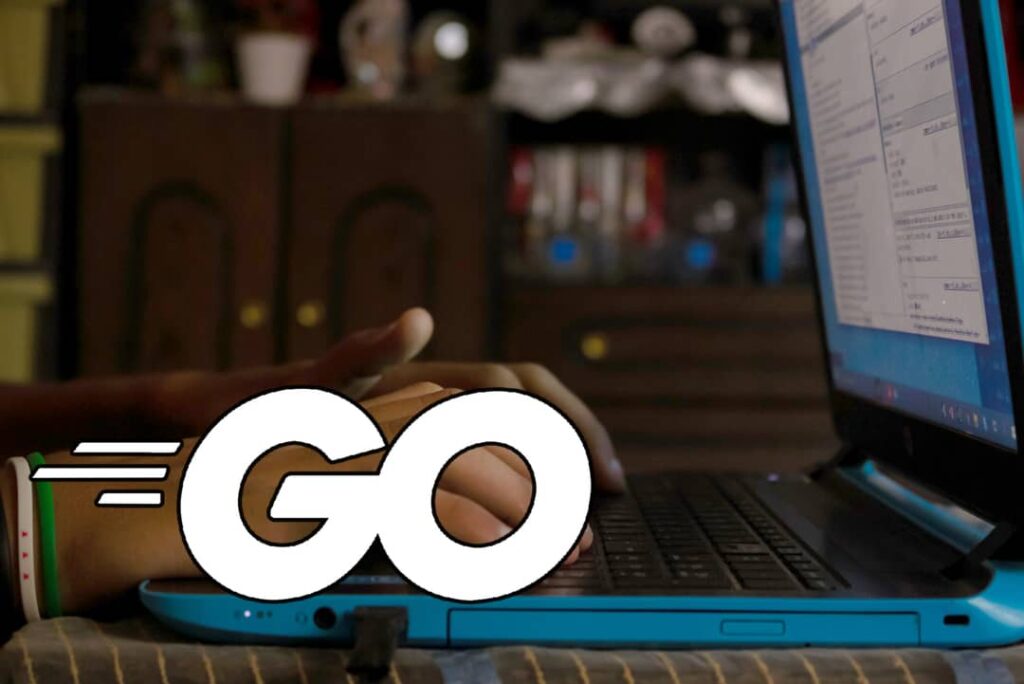 Go (also referred to as Golang) is a fundamentally different programming language to Python; it focuses on reliability, scalability and speed – and delivers on these fronts.

Famously designed by Google engineers, Go solves the problem Google themselves were facing amid a growing cloud infrastructure and an exponentially increasing amount of complexity that came with expanding their cloud.

Go is now an integral part of Google Cloud Platform (GCP), the second most popular cloud platform only after AWS (that 31,05% and 54.22% of developers use respectively) according to Stack Overflow.

Go is an open source language (like Python) that is now used in many large organisations, small teams and hobbyists, but Google Cloud Platform can be seen as the flagship product of Golang.

Many companies are now leveraging the same benefits that GCP has enjoyed as a result of Golang.

Where Golang separates itself from competitors is in its concurrency support. Golang leverages multi-core processors and supports built-in concurrent processing of programs.

Developers have full control about how these concurrent processes run, how they interact with each other, and when they should terminate.

Goroutines, channels and select statements are the key features that Golang flexes for these tasks.

But concurrent is just one part of Go’s offerings. It is extremely efficient, easily rivalling Java (that is also seen as an efficient language) in a range of processing tasks. Go is blazingly fast compared to Python’s runtime execution.

Memory safety is an essential component of a cloud infrastructure where there are limited amounts of resources at any given time – memory flooding can be catastrophic for stability and costs for automated scaling solutions.

Can Go be attributed to the success of GCP? Absolutely – the programming language has allowed Google to create a competitive and capable cloud platform that has integrated a range of technologies ranging from traditional storage and hosting services to more cutting edge tools like text-to-speech and other AI and machine learning tools. Go vs Python: Head to Head

With a general understanding of Python and Go’s propositions, let’s now place them head-to-head in a variety of metrics.

Any programming language maintains a balance of strengths and compromises to deliver on their primary purposes, with that balance being negatively skewed with the more general purpose a language is – for this reason, Go beats Python on more technical benchmarks.

The 2020 Python Developer Survey clearly shows that Python is being heavily used for data analysis, web development and machine learning.

Interestingly, more students are learning Python than ever (3% increase from the previous year), with the language being the first one that new programmers choose to learn.

Golang on the other hand is used more exclusively on the server. The 2021 Developer Ecosystem Survey finds that Go is mostly used for websites, utilities and IT infrastructure.

The majority of respondents here used Go for work purposes and for personal use (61% and 28% respectively).

Python is known for its read-like-English syntax that blends with the expressiveness of the language, making it easier to learn than its competitors.

Beyond its code conventions, Python stands out in these areas compared to Go:

Golang offers a different set of advantages to Python, pertaining to its great support for multi-threading and scalability, that Python falls short of.

Go has simple syntax that dramatically cuts down on lines of code – go statements and select statements are good examples of how simple it is to parallelise operations in Go.

Python supports more “ways to program” than Go does; object oriented programming, procedural programming, and functional paradigms are all popular approaches with Python.

Go does not support inheritance, classes or objects, but structs are effective for modelling complex data types that can act like objects. It is a procedural language with a heavy emphasis on functions.

Both Python and Go are high level languages. Python is notoriously high level with its interpreted nature and abstract APIs. Even though Golang is a compiled language, it too is considered high level.

Go adds a lot of logic in its compilation process – we can again refer to go statements as a good example of this, that when compiled are transformed into machine code supporting the multi-core, multi-threaded nature of the language.

Go is much faster than Python, and is one of its main strengths against the latter.

Golang programs are compiled whereas Python code is interpreted at runtime.

Python is still hugely more popular than Golang in 2021. Both Go and Python are on upwards trajectories in terms of adoption, so Python is likely to maintain its crown as the most popular language going forward, even with Go’s impressive adoption metrics.

Python wins in this respect, with its use of the PyPi archive, great support for cloud tools like Colab and Jupyter Notebook, and IDE integration.

Go does have respectable tooling too, with Go Modules being the standard package manager, and GoLand being the preferred IDE for Go developers (59% of developers use GoLand, followed by Visual Studio Code at 24%).

Both Python and Go have a bright future and will likely both flourish in the near term. Super trends like cloud computing, the upcoming meta-verse and ever-expanding online infrastructure is securing Go’s purpose market, whereas Python offers the industry standard solutions for the rapidly expanding field of AI and subfields of machine learning, reinforcement learning and natural language processing.

It is extremely difficult to see either Go or Python lose relevance in the short term. 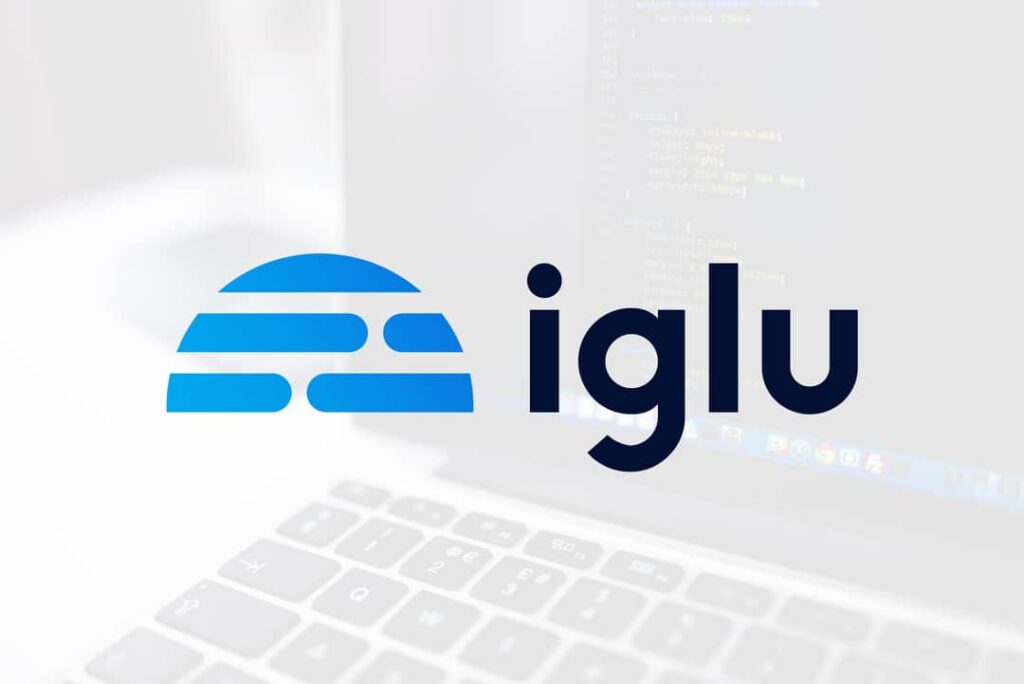 With over 10 years of experience in the industry, Iglu has a track record of attracting talented data science specialists from all over the world.

Our Enterprise-grade employees range from senior talents with decades of experience to junior employees for more affordable solutions.

Not only are we experts with the mainstream tech stacks, but we also have specialists in some of the most exotic programming languages.

See our comprehensive list of services for more information and we will look forward to working with you. This article has explored Python and Golang by putting them head-to-head from both high level and more technical perspectives.

The conclusion of the Python vs Golang debate will depend on your project requirements and your current position or interests in IT.

Python is evidently a great first language to learn for students, and will cement core concepts that are prevalent in a variety of popular alternatives, including Java, C++ and others.

Python is high level, so the programmer need not worry about more technical concepts such as memory management and strict typing. Python is also very relevant in cutting edge fields and research efforts, further bolstering its position for academia and research efforts.

Golang offers a fundamentally different proposition; it was designed to solve the problems that large organisations faced with growing and maintaining cloud infrastructure. It is not general purpose – it is constructed to be great at the things that matter most in a cloud environment- scalability, efficiency and safe code.

Python and Go continue to be maintained, with new enhancements being released as the communities and ecosystems evolve.

Ultimately, both Python and Go are both very relevant and useful languages to learn now, with a huge number of companies using both. 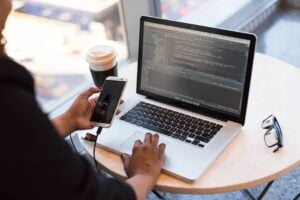 How to Hire an App Developer – The Last Guide You’ll Need! 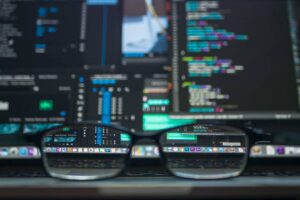 Python vs Go: A Head-to-Head Comparison 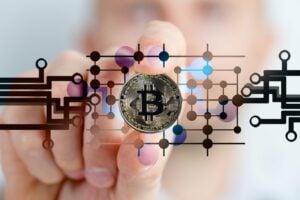 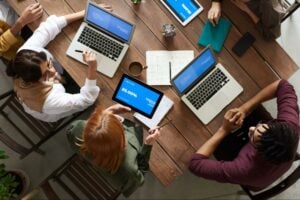 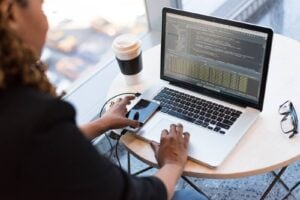